With effect from 18th July 2011, we have relocated and moved our office to the following new address: 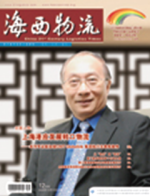 Mr. Tan Choon Wei, our Group’s executive chairman was featured in the December 2009 issue of China 21st Century Logistics Times. The editorial is in Chinese and below is a summary of article:- 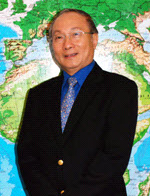 The Global economic downturn which started in late 2008 has continued to affect the business in 2009.
More than 10% of the ships are still lying idle in the anchorages, with more newbuilts waiting to join the service. With the controlled supply of shipping capacity, shipping lines managed to impose GRIs in most of the trade lanes but still came out short in turning around the company due to reduced trade. As a result, most if not all the shipping lines continue to suffer great losses. A number of governments needed to inject funds to keep their national carriers from going under. The situation is not really optimistic in 2010 in view of the uncertain recovery of trade and the threat of newbuilts joining the fleet.

Globelink Weststar Shipping has been awarded Gold Performer in year 2009 under the E-Services Excellence Award (ESEA) by Dubai Trade, the government portal connecting the Port, Customs and government authorities.

“Fallas”, meaning fire, is the biggest annual street festival in Valencia. It is the most sensational and best known festival in Europe where there is enthusiastic participation in street parties, bullfighting and burning of structures and figurines usually portraying political leaders, film stars and other famous people made of wood, wax and papier mache.